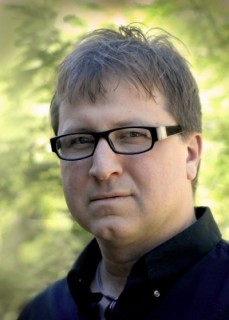 Q. What made you first start producing music? when did you know you wanted to make a career by creating music?

I have always been fascinated by electronic sounds, thanks to my dad who had an extensive record collection of artists from the 70s. He had music from artists like Mike Oldfield and Synergy ‘Larry Fast’. I was completely fascinated by that kind of music, so I started working with electronic music around 1988, it was then I first began using multilayered textures. At that time we used tape and I produced a number of tracks with layers of electronic sounds and various instruments. I began studying music professionally when I was 13 with the guitar, by the time I was 17 I was composing music for classical chamber ensembles and I knew then that music would be my path and I have loved it ever since.

Q. What have you been working on this year?

Since 2005 I have composed about 300 production music tracks specifically for placements and various media, which is such a large catalogue for a single composer like me. This year I have been focusing specifically on composing music for the concert hall, symphony orchestra and bold string ensembles. We have plans to produce some new production music and I’m working with my brother Kevin Kornicki, who is my personal percussionist and also a composer, so we collaborate and we have some plans for new tracks to begin working on this year and into next year.

Q. What has been your proudest personal achievement throughout your musical career?

I am very fortunate to have had some degree of success with my original music in several areas. Regarding my production music, I lived in Los Angeles for 3 years where I connected with music supervisors, music libraries and I got a placement of my track in the CBS Prime time show, CSI Miami in 2010. That was a pretty big event for me, it was a huge placement and probably one of my biggest achievements.

Q. You have been composing music since 1987, how has the internet and technology helped you as a composer?

The internet has been enormously helpful in a lot of areas. The ability to share and transfer music files to clients and collaborators is probably, for me, the first and biggest advantage of the internet. Most of my music production placements have been negotiated solely by e-mail correspondence, that alone and the speed at which you can deliver music and correspond with contacts is huge. I shared on social media Brian Eno’s 1979 lecture ‘The studio as a compositional tool’ and I think that sums up what today’s modern studio composer is really about. Basically, using the recording studio as tool or musical instrument in itself, creating new sounds. Technology has affected every musician to some degree, even classical musicians. I saw a cellist at a recital who was reading a spooler off an ipad on stage which I thought was really great to see, because much of the time you see classic musicians being very anti-technology. The ability to record and produce in a home studio environment is key. 95% of placements I have had in the media have been composed, mixed and produced by me in my home studio, music notation programmes allow composers to create very high quality scores and parts that you can self-publish as a composer. The last thing I have to say about technology is that the latest sampler is a very important new instrument for me. Much of my production music is created from sounds I record myself, edit and play back in real time from a mini keyboard connected to the music sampler programme. So some of these sounds are actual instruments and others are just objects of a percussive nature. Real life objects like hitting a metal lamppost, tin cans and ceramic glass bowls can get you some really original sound textures. Technology is really important to me.

Q. Throughout TV and Film where would your dream track placement feature?

For me, any placement in a prime time TV show or successful and well distributed motion picture is a good thing. After all, as composers, we want our work to reach the widest possible audience and also benefit from it financially. So, for me, anything like that would be a good thing.

Q. What do you have planned for the future, have you anything exciting you’re working on/coming up?

There is always good stuff on the horizon. As I mentioned earlier, I’m working on new production music with my brother Kevin (a percussionist/composer) and we are exploring a drum and bass type sound where we are going to integrate world percussion with the sample of percussive object sounds that I mentioned earlier. I’m looking forward to a performance of one of my symphonic works that will be played by a professional symphony orchestra here in the U.S. for the concert hall. The piece will be premiered in January 2015. This piece was nationally recognised here by the College Orchestra Directors Association with a citation of excellence. So that’s a big thing for me and that will reach a huge audience and we will have it recorded. It’s a symphonic piece with 70 players so that will be really great.

Q. What tips do you have for music producers on creating music or getting their music heard?

Persistence. There is a lot of rejection and you have to knock on a lot of doors in order to find the right one. Be thankful for the success you do get, persist and don’t dwell on the negatives. If someone is not responding to you that person probably is not right for your music. Remember, a yes is a yes, a no is no and maybe could lead to possibilities.

Listen To Objectify, By Steve Kornicki: 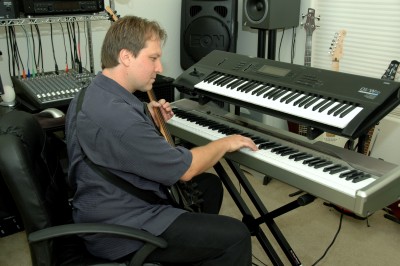